Keep-up with the current moves.

Capture all the action in the ‘world-of-64’ with news, analysis and commentary by masters of the game. 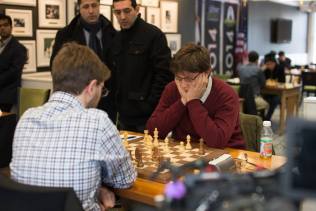 Former ACA student Sam Sevian has just become the youngest  American Grandmaster after winning  four consecutive games in a round robin GM Invitational tournament held at the Chess Club and Scholastic Center of Saint Louis. ACA coach Andranik is also participating in the event. You can see the games and standings here.

Leading the way chess is taught and played